Introduction to Snooker by Tim Dunkley

This post is the first in a series by snooker expert, coach and writer Tim Dunkley. Tim will be talking us through all there is to know about snooker, with a few pro tips thrown in along the way – over to you Tim! 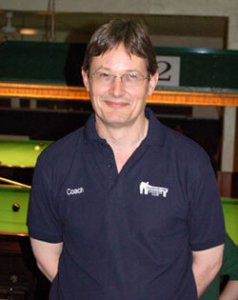 SNOOKER is the most stressful, calming, maddening, rewarding, frustrating and exciting of games.

It’s played on a 12ft long by 6ft wide piece of hell on earth.

The trick is to make this difficult game as simple as possible. And that is hard. But we’ll give it a go.

How to play snooker

AT THE start of a frame, 15 red balls (worth one point each) are formed in a triangle. Six coloured balls are placed on their own spots: yellow (worth two points), green (three), brown (four), blue (five), pink (six) and black (seven).

The cue-ball is played from the semi-circle towards the reds. If a red is potted it stays in the pocket and that player can attempt any of the six colours. If a colour is potted it is put back on its spot. Then it’s back to a red and so on until a pot is missed and the second player steps forward.

When all the reds are in the pockets, the colours are potted in order from yellow to black but not re-spotted. The player who has the most points after the final black is potted or fouled is the winner.

A break is two or more scoring shots added together. So a red and black is a break of eight.

How to get started

MOST snooker clubs run Saturday or Sunday morning junior sessions for kids as young as seven. And they provide cues and coaching. Search the internet for your nearest one.

For older (and wiser?) players, pop into your nearest snooker club or working man’s club or Royal British Legion or Conservative club.

You don’t actually have to play a game. Experiment by knocking the cue-ball up and down the table over the spots. Does it travel in a straight line? Easier said than done.

Feeling adventurous? Line up all 21 reds and colours from the brown spot to the black spot. Start wherever you want and pot any ball to get position on any other ball. See how many you can sink before you miss.

Ask behind the bar for details of competitions. Every area has a social clubs league catering for all standards. You’ll be surprised at how well you fit in, even if your high break is only 16.

A DECENT approach, stance and cue-action are so much more important for local league snooker players than for their pool counterparts. Snooker pockets are smaller and further away.

Step in on the line of the shot, take your cue-tip to the cue-ball, drop your chest and chin onto your cue and strike the centre of the cue-ball in a straight line.

But you’ll be amazed at how accurately you can strike an object ball if your pre-shot routine is grooved in.

SNOOKER players wear waistcoats because men used to dress in three-piece suits for dinner parties and would remove their jackets after they had eaten to play billiards.

Neville Chamberlain (not the World War 2 prime minister) is thought to have invented the game in India, in 1875.

CHECK out the professional game and read the official rules of snooker at www.worldsnooker.com.

TIM Dunkley is a World Snooker coach, freelance writer and press officer for the World Ladies Billiards & Snooker Association. He is based at Chandler’s Ford Snooker Club near Southampton. 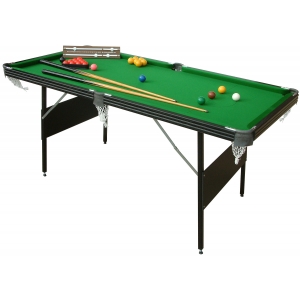 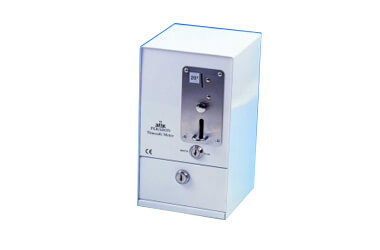