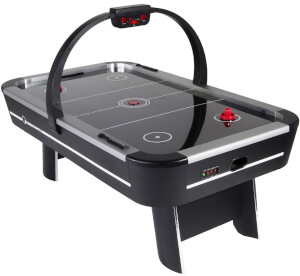 Air hockey is one of those games that everyone sort of knows how to play; even as a kid you get the basic gist of it, crashing the paddles across the table to throw the puck into the opponent’s goal. But there are real rules, and even air hockey associations and federations with strict guidelines – so we’ve put together a reference for those looking to bring their air hockey game up to pro-level.

There’s a complicated way the US Air Hockey Association starts a game, and you’ll need a referee to exact it properly – but you can manage without one:

Phew. Alternatively, if you’re just playing one or two games, you can just start it in the centre and give it a good smack!

Interaction with the puck is the main mechanic, and therefore there are some very specific rules about how you can and can’t hit it: most notably, you can’t bring your mallet down on the puck to stop it or drag it. This is called “topping”, and constitutes an immediate foul. The only exception is if the puck goes flying off the playing field – you can use the mallet to bat it back towards the table! 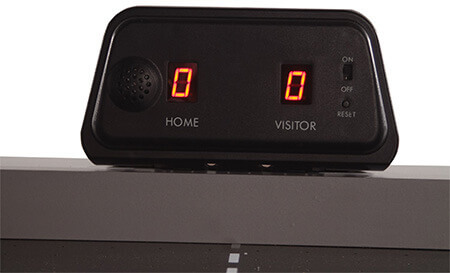 For a player to score a point, the puck must land in the opposing player’s goal, and stay there – if it bounces in and out, it doesn’t count! It doesn’t matter whose mallet the puck touched last, so own goals are entirely possible. Within each game, possession of the puck for the next serve passes to the player who was scored upon.

The winner of each game is the first player to accumulate seven points. If you’re playing tournament-style, you’ll also be playing to best-of-seven – so the first person to win 4 games.

We took a look at the US Air Hockey Association rules to find some extra challenges and trivia – whether you want to recreate the tournament at home, or just show off your air jockey knowledge, these should come in handy! 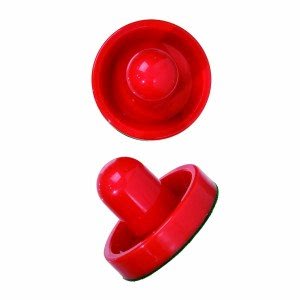 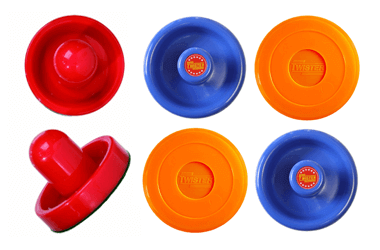