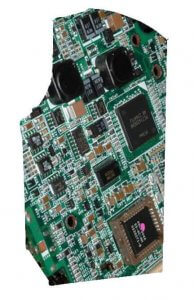 Since their launch in the 1970s, arcade video games have captured the hearts and minds of gamers across the globe. The real boom period for arcade machines was in the 1980s, when seaside amusement halls were packed with enthusiasts throughout the day and night – as the home computer revolution began, and progressed into the modern video game consoles that are known and loved today, amusement arcades dwindled in popularity. However, in recent years, there has been a resurgence in interest in these retro gaming systems, with companies offering custom-built video machines, allowing the user to recreate the heyday of the 1980s either at home or in the workplace.

As technology has progressed, the underlying operating system (OS) of these machines has also changed markedly. This article looks at the evolution in gaming machines and their OS and focuses on key milestones and changes throughout the past few decades.

The first video game systems used a cut-down form of the Basic Input/Output System (BIOS) to control hardware setup and initialise the system; this provided a very basic level of functionality, such as control of any input and output devices and control of the machine’s display. Modern systems tend to interact with hardware components directly, removing the need for this abstraction layer. In conjunction with this relatively primitive OS, machines used “arcade system boards” which contained a number of logic circuits used to run the video game itself.

As technology developed, some manufacturers incorporated the software and gaming code in ROM chips placed directly onto the system board – this was a step up from the initial designs but still led to time and expense when a game was replaced. As the underlying systems developed further, the software and games themselves were separated out from the OS and main system boards, meaning that games could be interchanged relatively quickly (in a similar way to a modern console in which games are stored on a hard drive or swappable CD or DVD discs).

In 1985 Sega launched its System 16 gaming board. This was a 16-bit system which was at the forefront of Sega’s arcade machines for the next decade; more than 40 games were released on this platform, including the seminal Golden Axe and Shinobi. The system specification was cutting edge for its time, boasting a then impressive 16kB memory chip, a Yamaha sound chip display resolution of 320 x 224 and a Motorola 68000 central processing unit (CPU). This specification seems antiquated now, but the technology underpinned a generation of arcade machines and was later incorporated into the popular Sega Megadrive home console systems. 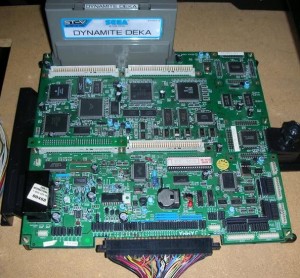 Sega continued to lead the way in arcade system development, with a series of further releases, including the Sega X and Sega Y boards, which boasted vastly improved sprite-handling capabilities (providing an early forerunner to 3D graphics). In 1991, Sega System 32 was launched, which featured a 32-bit processor and included over 16,000 colour graphic capability, more than four times that of its 16-bit predecessor. 1993 saw a further step forward, with the release of Sega Model 2 – again, its major improvements centred on the graphics side, with texture mapping allowing for more sophisticated displays. Enhanced sound chips also contributed to a boost in gaming performance, and the system was now underpinned by an Intel CPU at 25 MHz. The first games in the Virtua Fighter series were noteworthy releases on this platform.

With advances in computing technology proceeding at an ever-increasing pace, Sega continued to release more platforms throughout the second half of the 1990s, with ever-improving functionality and faster operating core components. The Model 3, released in 1996, was capable of displaying more tha a million polygons per second, marking a huge step up from any other gaming system on the market. Boasting 8MB of RAM and a state-of-the-art IBM PowerPC CPU, the system produced a new generation of high class, graphically brilliant games such as Sega Rally 2 and Virtua Fighter 3.

Of course Sega was just one player in an increasingly competitive market: Capcom, Atari,
Gaelco, Konami and Namco were also pioneers in the field of arcade gaming, each producing a number of gaming systems throughout the 1980s and 1990s. Namco’s System 21, released in 1988, was the first gaming board designed to handle 3D polygons, and was succeeded in 1993 by System 22 – this featured shading, transparency, texture mapping and a host of other innovations.

As the golden era of arcade machines came to a close and the market became saturated with an increasing number of home video gaming consoles, such as the Nintendo systems, the Playstation and – later – the Wii and Xbox consoles, developers spent much less time on arcade boards. However, a revival early in the 21st century saw a new generation of gaming machines spring up, many based on the free Linux operating system, a great favourite among software developers and hobbyists alike. Linux is incredibly scalable, and a fantastic platform for development at all levels, and it was no surprise when arcade game manufacturers turned to it to provide a new solution.

In late summer 2004, Japanese company Azure became the first organisation to formally launch an arcade board based on the Linux OS – the AP-3 board utilised PC-like components, making it very easy to maintain and update as required; competitor Taito also created a PC game board which used a modified version of the more commercial Windows XP operating system. Both systems have a wide programming base, with Linux especially popular.

As a new generation of companies have revived the arcade board industry, a wide range of operating systems have been employed – there is, remarkably, still an occasional board which employs the antiquated DOS operating system, but a majority favour one of the more recent versions of Windows (Vista, Windows 7 or Windows 8) or the highly popular Linux systems. Apple’s OS X system has also seen some application.

The history of the arcade machine mirrors the development of home computers and personal gaming consoles quite closely; despite seeming unlikely to ever again scale the heights of the 1980s boom period, arcade video consoles still offer gamers a terrific experience and one which looks likely to continue for the foreseeable future. 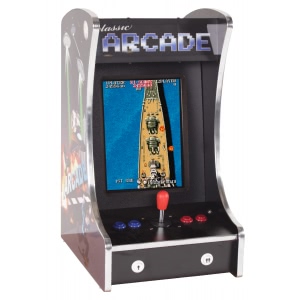 The Cosmic Mini 60-in-1 Arcade 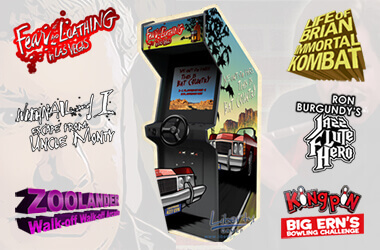 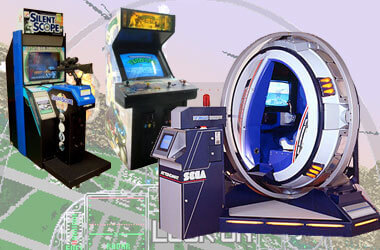