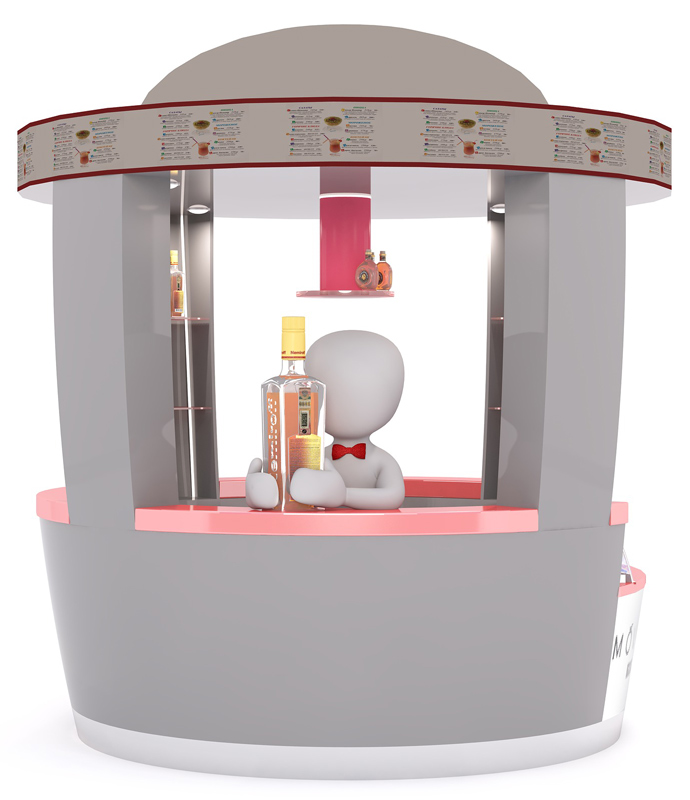 We’ve sold some of the biggest and best games room equipment over the last 15 years. Some were smash hits with our customers, selling hundreds of units, whilst others were, frankly, just weird (I’m looking at you, Robobar).

This is a round-up of the 14 best products we’ve discontinued from sale. If you really decide that the one thing your life’s been missing all these years is a set of arcade joysticks to hang your coats on, or a pool table with LED lighting, or even a pet robot barman who will provide caipirinhas and conversation at the flick of a switch, just hit ‘vote to return’ and we’ll see what we can do.

The Voyager Digital Upright was one of the first true multiplay arcade machines available from Liberty Games.

It allowed players to cycle through a game list of over 30 titles, including massive arcade hits like Millipede, Moon Cresta, Xevious and many more.

Its arcade-standard controls really did bring the best of the arcade into people’s homes for the first time. 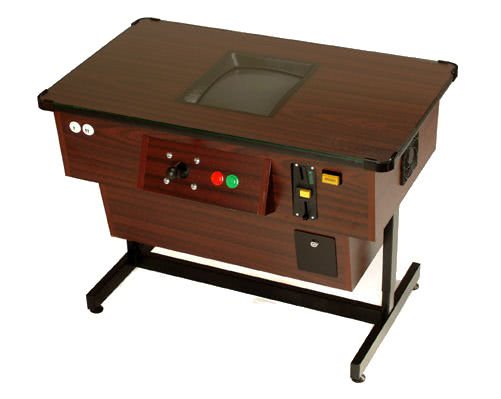 The Voyager Digital Cocktail was the casual version of the Voyager Digital. Made in the cocktail style that was so popular in arcades in the ’80s and ’90s, it was packed with the same classic games as its larger sibling.

Low-slung and casual, set at just the right height to be played from the sofa, it was the perfect addition to any living room. 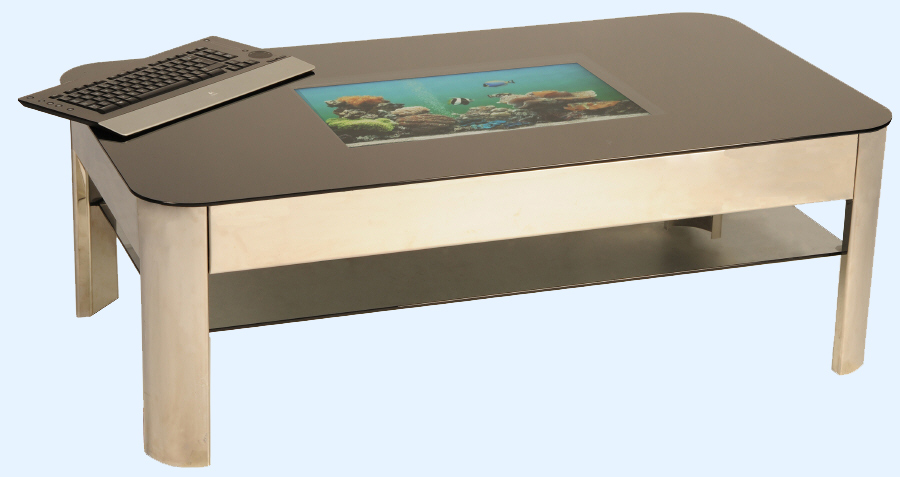 A sleek, space-age coffee table arcade machine based on a Windows operating system, the Platinum could be used as a full home PC. So once you’d finished gaming, you could flick through your holiday pictures, write your next book or even play Solitaire.

As home arcades became more advanced, the Platinum became obsolete. But it remains one of our favourite products due to its design – especially that gorgeous smoked glass top that protects the screen. 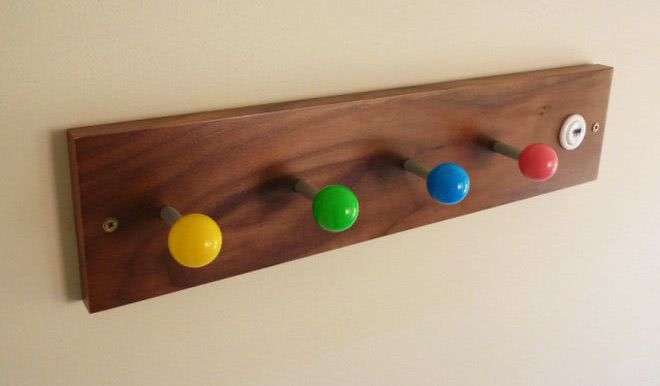 Serious gamers need serious home accessories that reflect their serious gaming hobby. Luckily, HangUp decided that the best way of showing your visitors your passion is to force it on them as soon as they come into the house.

Serious visitors would hang their serious coats on these seriously serious pegs, noting the seriousness with which you, the dextrously-thumbed host, must take your video gaming. Dare anyone challenge the host to a round of Mortal Kombat? 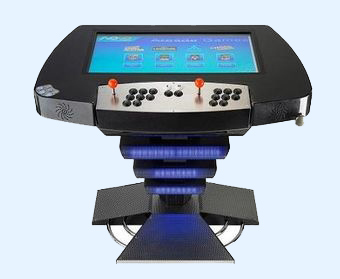 The Novotable was a unique approach to a one-stop home games centre. Based around a large 32-inch touchscreen, it also featured two sets of game controls, built-in stereo sound and a great-looking aesthetic.

It could be used as a home casino, a gaming centre that plugs into your consoles, a jukebox, a home cinema and plenty more.

We didn’t sell too many, though, perhaps because it looked like the sort of thing a Bond villain would use in his lair to control the trapdoors over the shark tank. 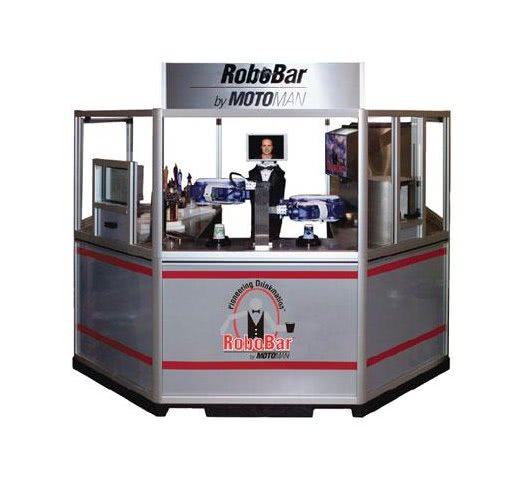 This is probably the weirdest thing we’ve ever sold at Liberty Games. It’s a full-size drinks bar equipped with counter, fridges, drinks storage and a robotic barman – complete with a screen which shows a friendly face – who mixes your drinks right there in front of you.

In practice, it was less Philip K. Dick and more Douglas Adams. It spooked customers, worked too slowly and once paused for a software update during Happy Hour. But it made a passable martini, both shaken and absurd. 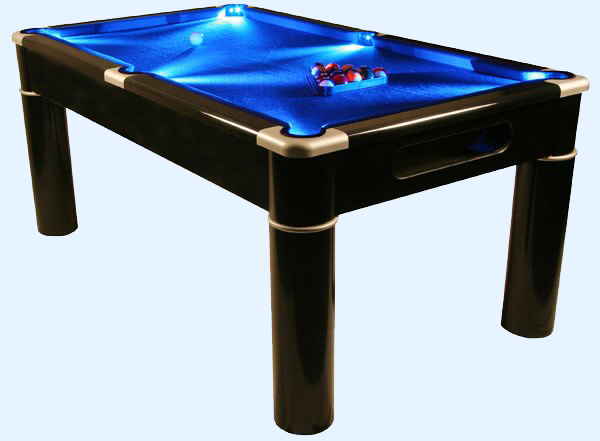 The Aurora combined that most traditional of games room games, English pool, with the latest (at the time) lighting technology. In each of the 6ft table’s pockets was a bright LED light that shone across the cloth.

This popular table ended up in plenty of living rooms across the UK and beyond, where visitors were invariably led into the games room to watch the Aurora glow. 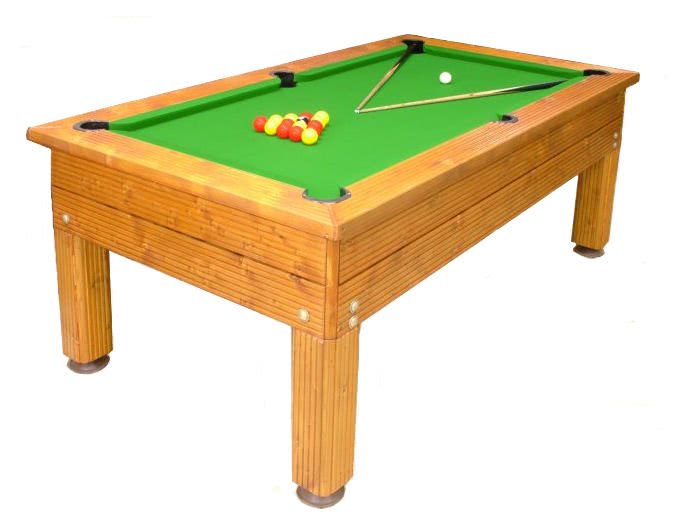 Today we sell plenty of outdoor pool tables in various styles, sizes and finishes. But it wasn’t that long ago that they were almost unheard of, and the only options you’d have were these impressive tables by Evergreen.

They were made of a corrugated marine wood, specially treated to avoid damp damage, mould or rot that could affect the table. Seated inside was a quality slate bed for the best play performance. We were sad to see these go. 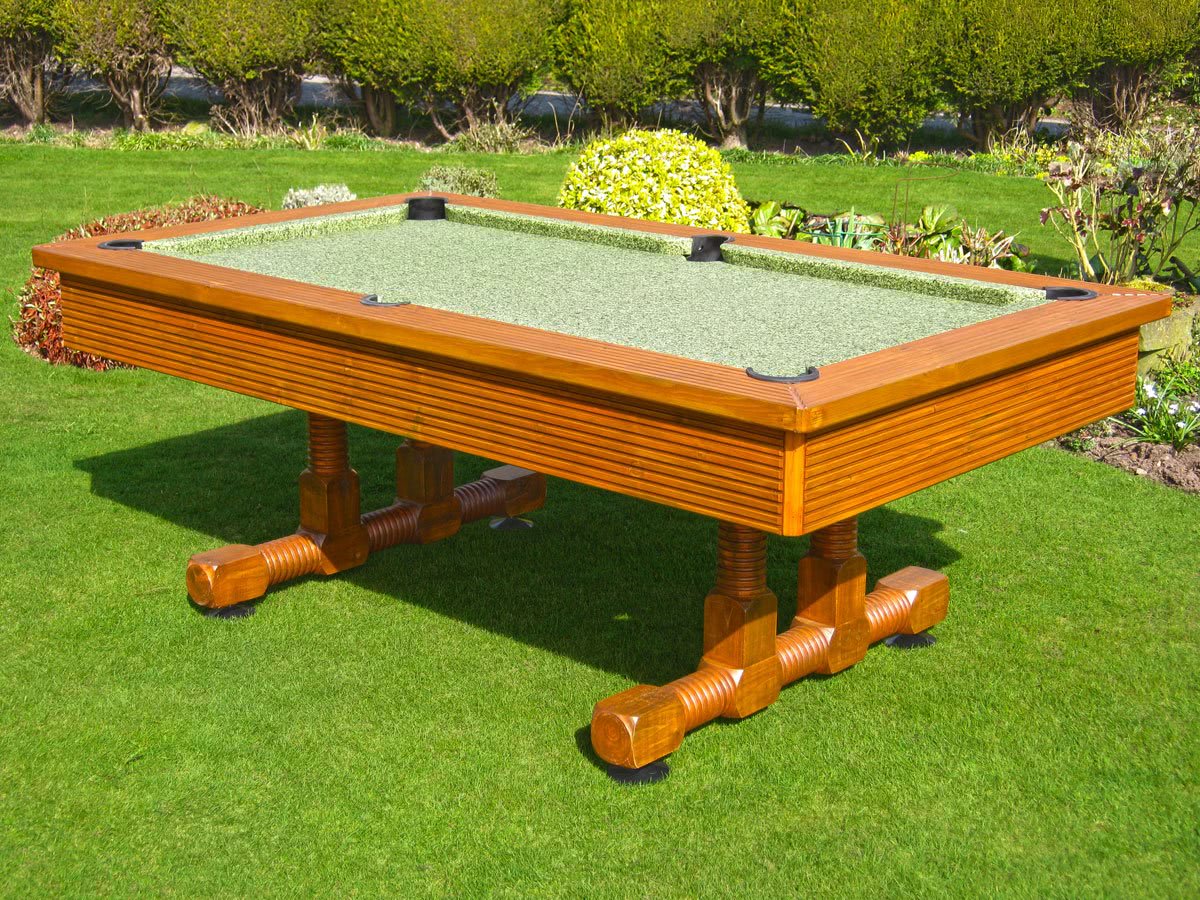 This was the higher-end, exclusive version of the Evergreen. With the same weatherproof wood cabinet and precision-honed slate bed, it provided an excellent standard of play – good enough for any pub tournament player.

With its marine ply cabinet and weatherproof cloth, you could leave this outside all year round, in all weathers, safe in the knowledge that your Evergreen Classic would need little more than a wipe-over to be ready for spring. 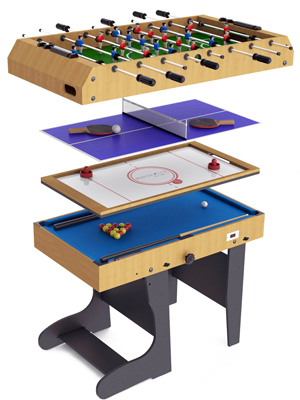 The catchily-named Riley M4B-1F combined four different games in one space-saving table. Its ability to switch rapidly between foosball, table tennis, slide hockey and pool made it an absolute hit with families everywhere. 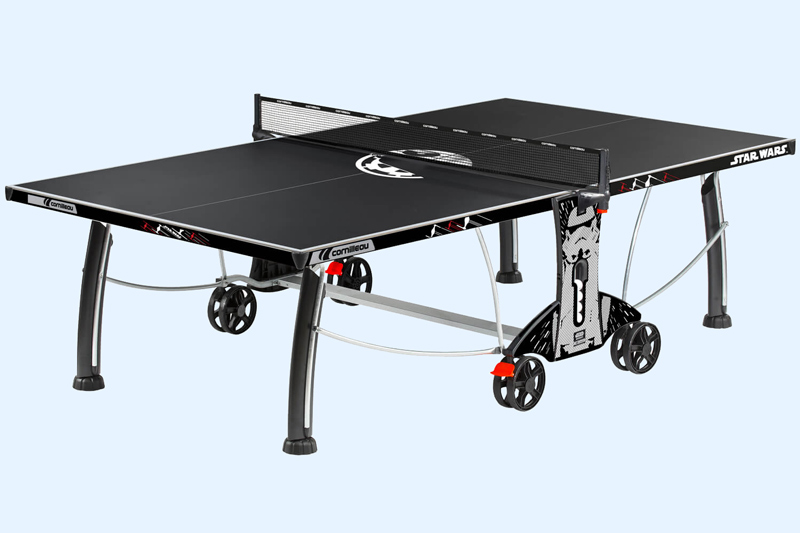 This limited edition Star Wars table tennis table was perhaps the ultimate garden accessory for aspiring Jedis. Finished in a deep Imperial black with stormtrooper graphics, it was popular with families, professional players and small furry players from the moon of Endor.

With only 1,000 made, the last one was sold late in 2019. This probably was the table tennis table you were looking for… 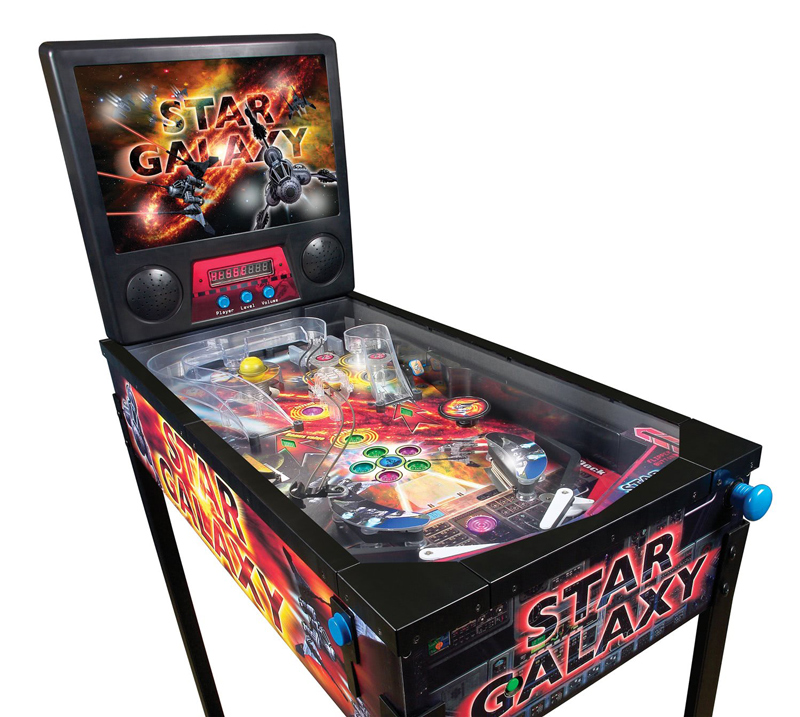 The Star Galaxy was a smaller pinball machine aimed at kids and families.

But it packed a lot of big features into its compact frame, including real ramps, pop bumpers, LED lighting effects and more.

It was a popular Xmas present before being discontinued in 2020. 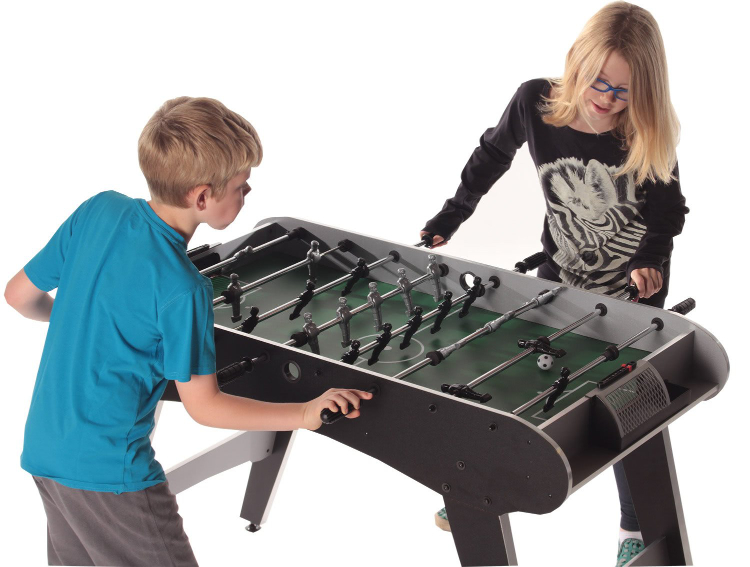 For many years, the faithful Defender was a stalwart of the Liberty Games football table range. Great value, tough and with excellent gameplay, it was a huge hit with families and younger children.

Eventually it was superseded by the Strikeworth Free Kick, which offered much the same gameplay and robustness, but with a quick-fold leg system. The Defender played its last ball in Spring 2020. 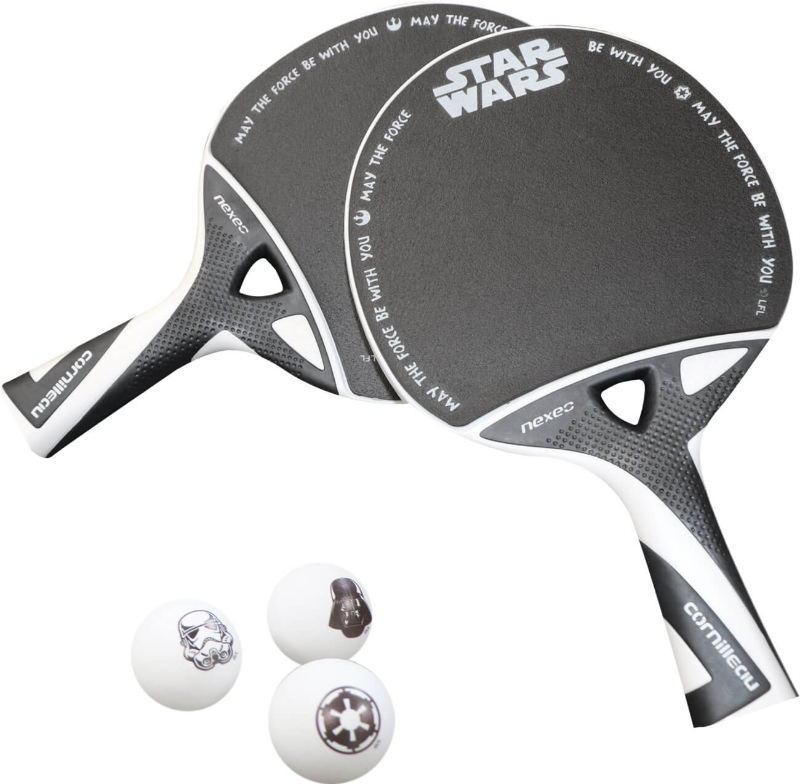 French table tennis specialists Cornilleau released a limited edition accessory pack to celebrate the legend that is Star Wars – and go with their awesome Star Wars table (see above).

Sadly, the accessory pack was so limited and so popular that it sold through in less than 12 parsecs.

But since being discontinued, they’ve become more powerful than you can possibly imagine. 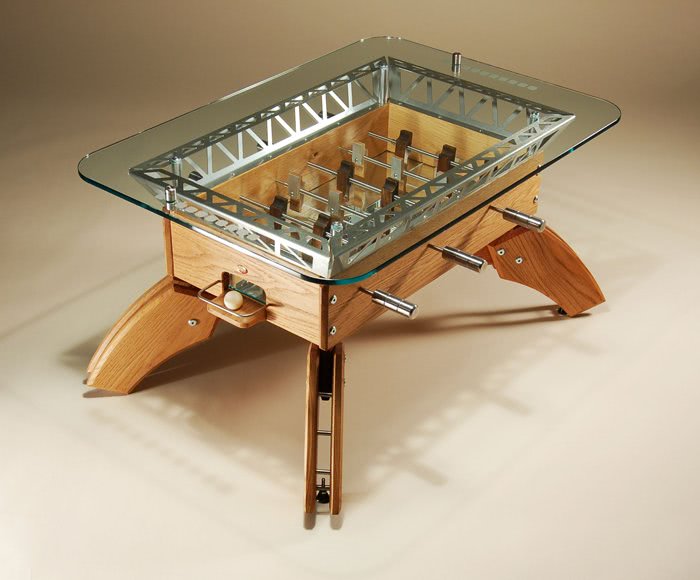 Saving the best for last, the Offside found itself a very unique niche by combining a feature-packed foosball table with a glass top and the functionality of a coffee table.

Beautifully engineered, this premium piece of home furniture was a hot seller before being given the red card a few years ago. With appeals falling on deaf ears, we’re afraid the Offside had to take an early shower.

Use the ‘Vote To Return’ feature on any of these products to register your interest and you could be enjoying a caipirinha served by your personal robotic barman very soon indeed.