The Pinball Playfield : A Guide

Pinball tables are colourful, crazy and chaotic to look at – it takes time to work out where all the switches and flippers are, even for veterans. However, the basic components are always the same. Whether you’ve played all your life, or you’re looking to upgrade from the PC game to a real table, there’s always a new secret in the table in front of you – so we’ve put together a guide that will make sure you always know how to spot the essentials.

Pinball is played on a slightly tilted table, usually raised at the far end from three to seven degrees. This creates an incline for the ball to roll down – some table owners might even make this harder by raising the back legs slightly and steepening the drop. The playfield is covered with a pane of glass, to stop interfering hands from righting mistakes!

Above the playfield you’ll see the backglass – probably what drew you to the machine in the first place. This panel usually sports artwork and promotional graphics for the game (and the related franchise), and sometimes certain in-game moves can trigger small mechanical eye-catchers. The most important part to the player is the scoring screen – LED lights, usually, in bright colours, keeping you updated with the score, and different objectives and achievements throughout the game. Learn to keep an eye on this as well as the playfield, and you’ll find your way around the table far more quickly!

The plunger is a spring-loaded toggle that starts the game – pull it towards you, and let go to spring the ball into the playfield. Some machines have replaced this with an electronic button, but plungers are always the favourite – you can control the amount of force to try and pull off different skill shots, but for casual players, as hard and fast as you can fire it is the best way to go!

The most iconic part of the Pinball machine, the flippers are usually the only part of the table that the player can control.

They actually weren’t part of the early Pinball machines; they came into fashion around the 1940s as a way to perform cooler trick shots and exert more control over the ball to keep it on the table for longer. The classic layout is two at the bottom of the table, although as machines are getting more complex we’re seeing levers pop up across the playfield.

There are many different target types in a Pinball table; some require you to pass the ball over them, others only score points if you hit a target at a certain speed or angle. Here are the most common:

The bumpers are round knobs found across the table. New bumpers, often called “pop bumpers”, add a sense of speed and unpredictability to a Pinball table; when hit, they actively push the ball away using a switch that activates the solenoids, “popping” the ball away and into other bumpers or further afield.

These are a pretty new feature in Pinball, and behave in a similar way to the pop bumpers.

The rubber pads stretch across the top corners and sometimes sides of the playfield, springing the ball away using the same switch mechanism but at a lower voltage, to give the movement that rubbery bounce.

Those are the major components of most modern Pinball tables – but there are still more unique features that make each table different. Next, we’ll look at some of the more unusual and complex aspects of the Pinball table.

Holes have always long been a part of Pinball tables, from the tube-and-pin mechanism of the older machines to the electronic system used today.

There are two main types:

These stop the ball in its tracks, and can be incredibly useful when trying to rack up a few extra points.

Spinners and rollover only require the ball’s contact to activate – but both work in very different ways.

This should give you a good starting point – but don’t forget to experiment with toys, ramps, capture zones and all of the other features available on your local table. The best part of Pinball is that every table is different – so get out there and explore your Pinball playfield! 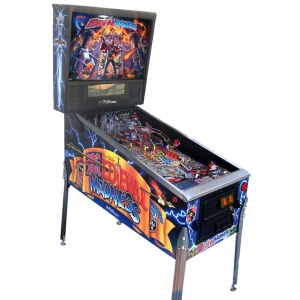 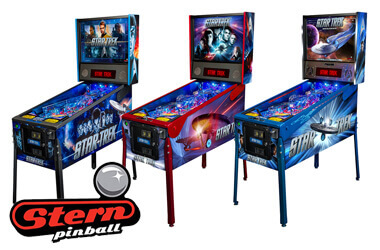