We Made an Internet Meme Themed Pinball 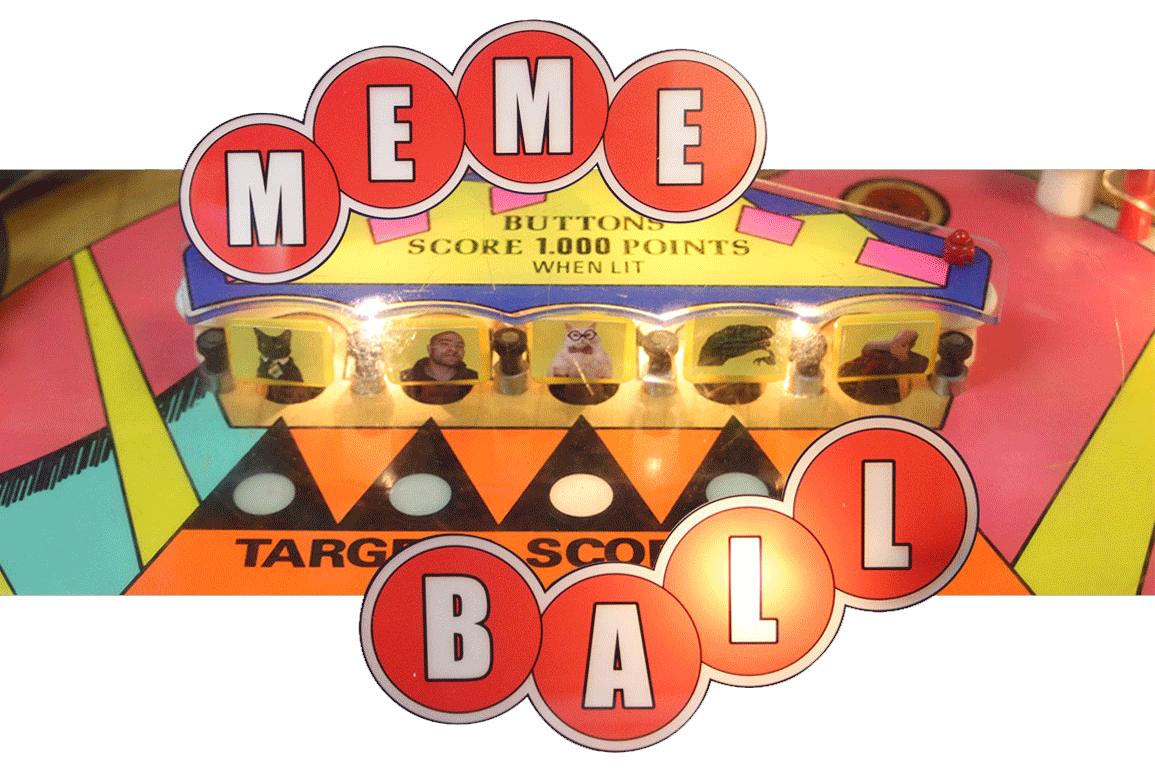 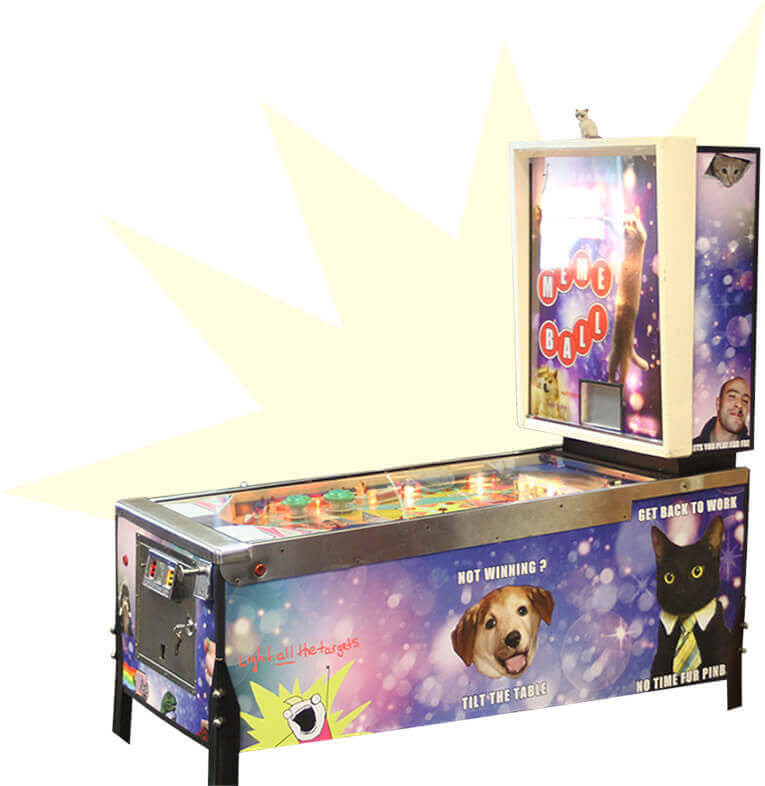 At Liberty Games we’ve created hundreds of customised games over the years. A couple of weeks ago a thought struck us: maybe it’s time we got in on some of the action!

But the question was – what is every office (well, every office of a pool table and arcade machine retailer) missing? All it took was one look at Reddit and it all fell into place… 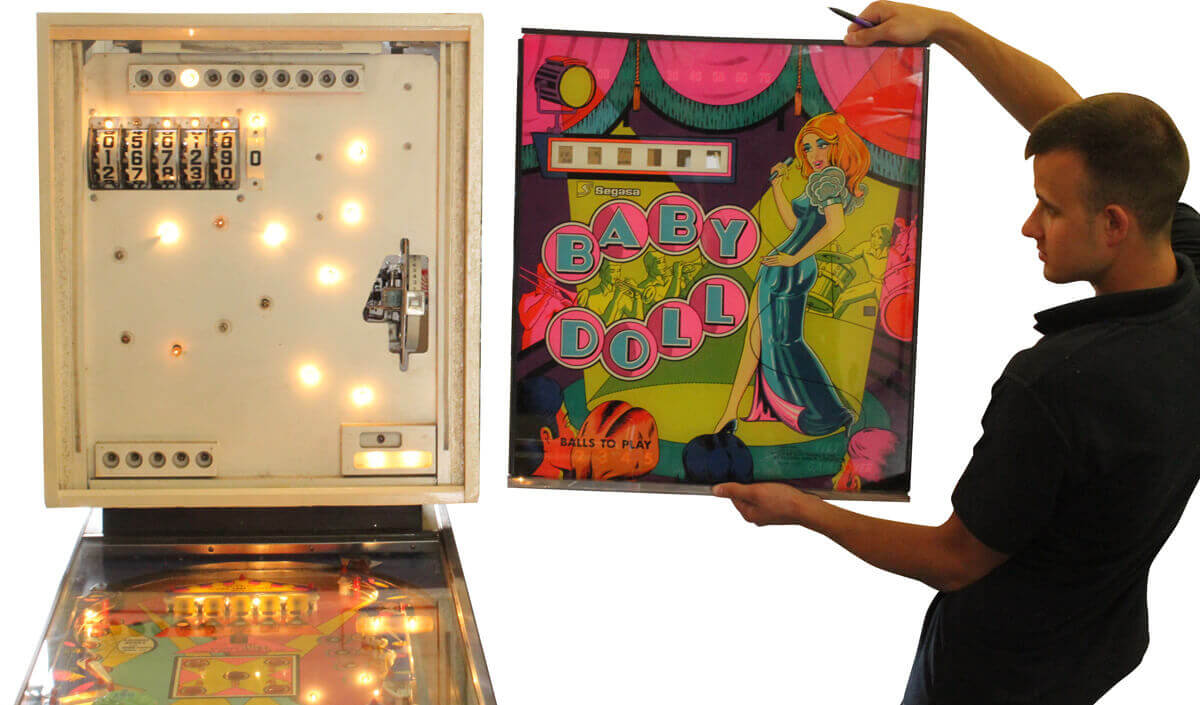 Pinball machines aren’t the easiest thing to create from scratch, so we saved an old machine that was looking like its only destination was the skip, and decided to give it a new lease of life (and a significant tech upgrade). 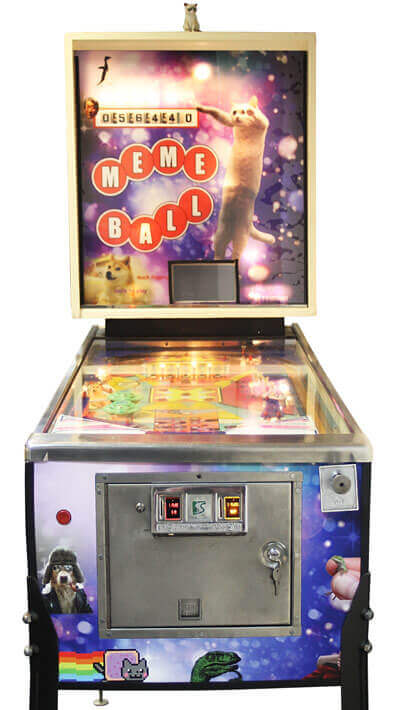 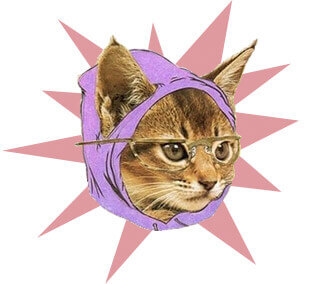 Luckily, our art team know their Grumpy Cats from their Doges, so a full vinyl wrap took the machine from a tatty box to a meme-tastic vision of long cats & condescending Wonkas. 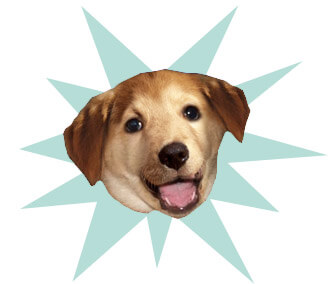 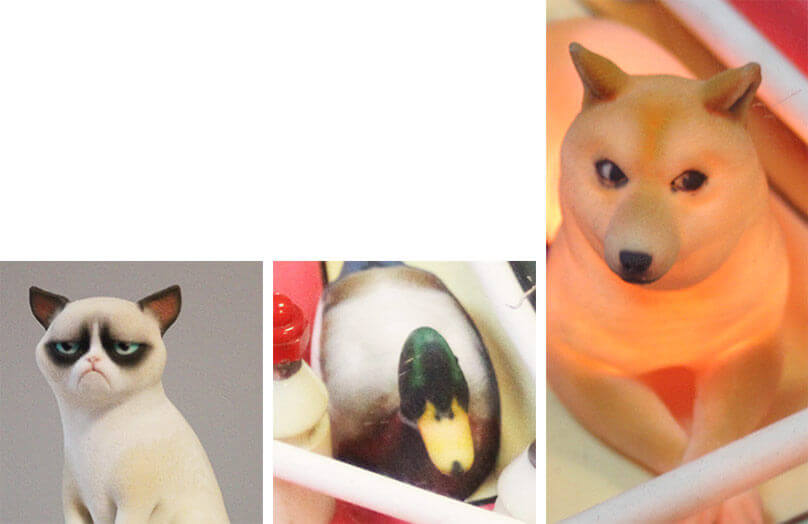 However, a pin table is more than just artwork on the sides – we also needed some figures for the play-field.

Enter the exciting world of 3D printing, and a couple of days later thanks to the awesome Shapeways we had Grumpy Cat, Doge and an Actual Advice Mallard printed up and good to go. 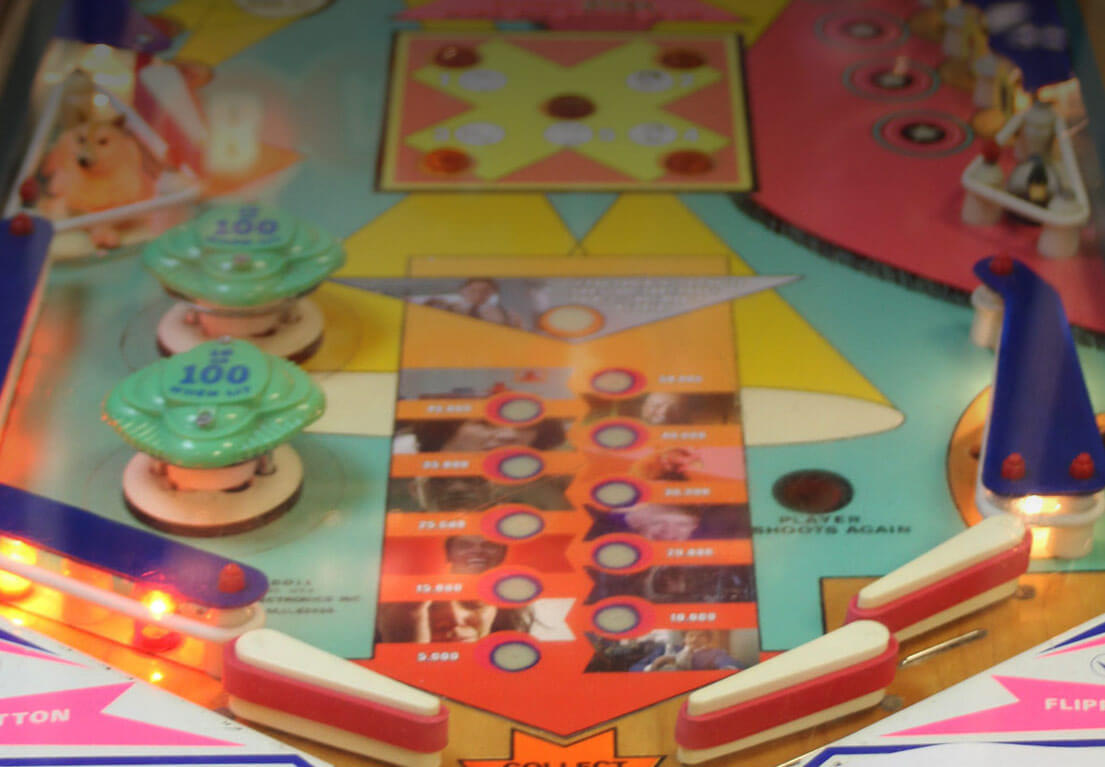 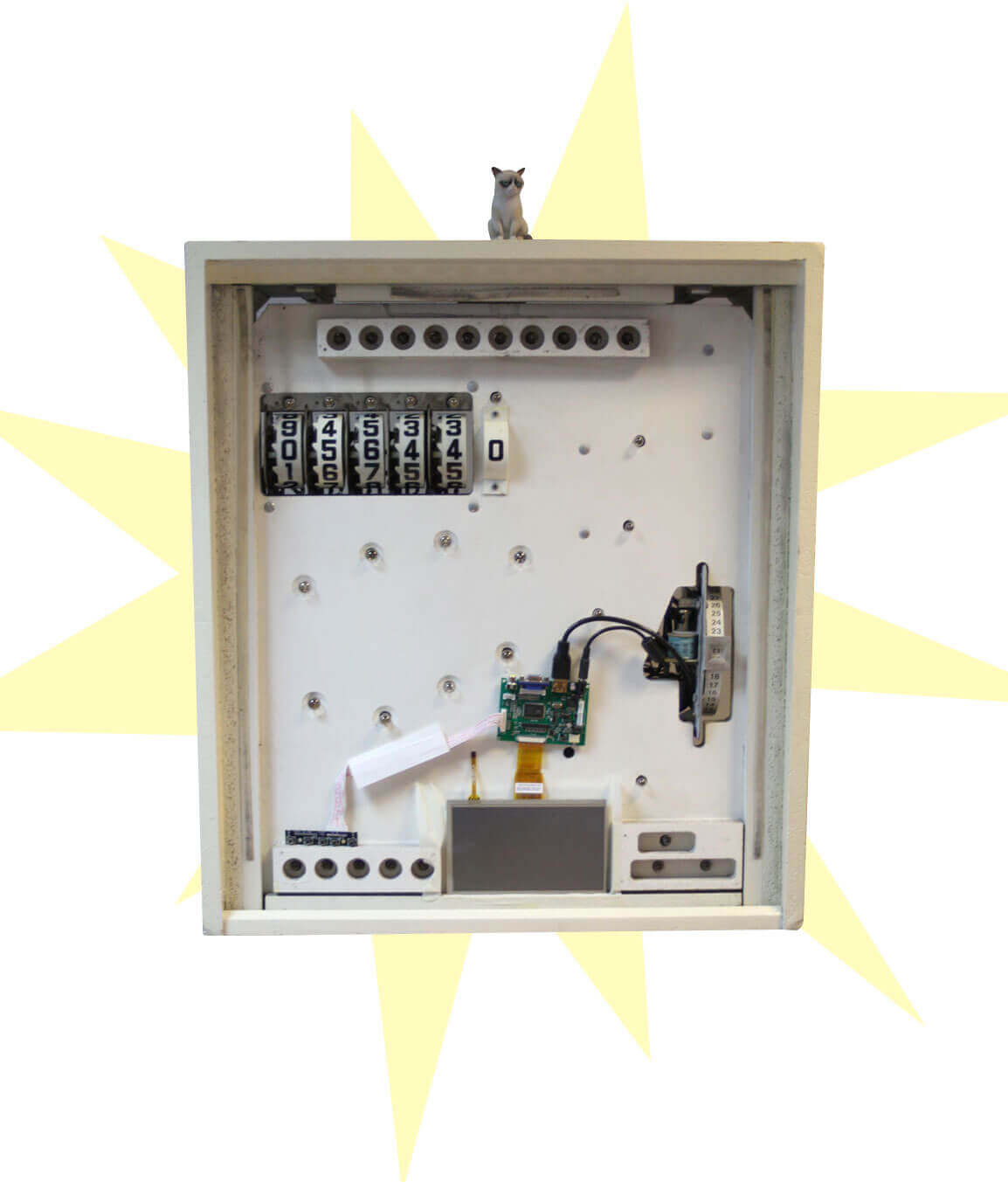 The table was taking shape, but it still felt like it was out of its time. The inner workings were electro-mechanical, which is how pinball machines were made before circuit boards and silicone chips took over the ‘brains’ of the machines.

While this was working, we decided it needed a little more. So we decided to call on our favourite go-to hacking/prototyping mini-computer – the ever awesome Raspberry Pi. 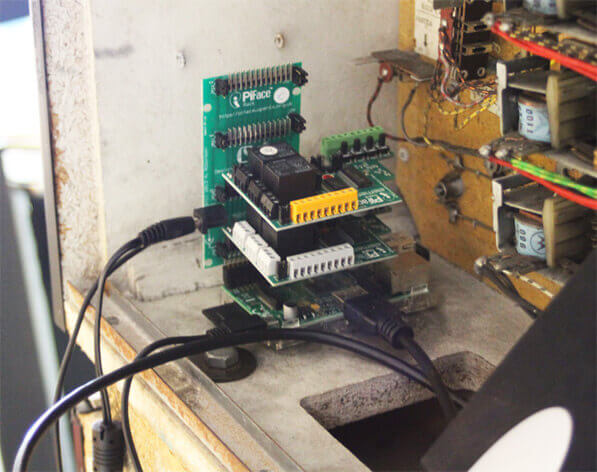 Using the Pi & the Pi-Face interface board we were able to hook up the electro-mechanical relays to the Pi, allowing us to connect an LCD screen, tying in-game actions to meme related videos.

Lose the game? Get Rick-Rolled!

Combine its new Pi-based brain with moving a few lights around, and we were there – a fully functional meme-themed pinball machine!

See it in action in the video below, or more still shots underneath. 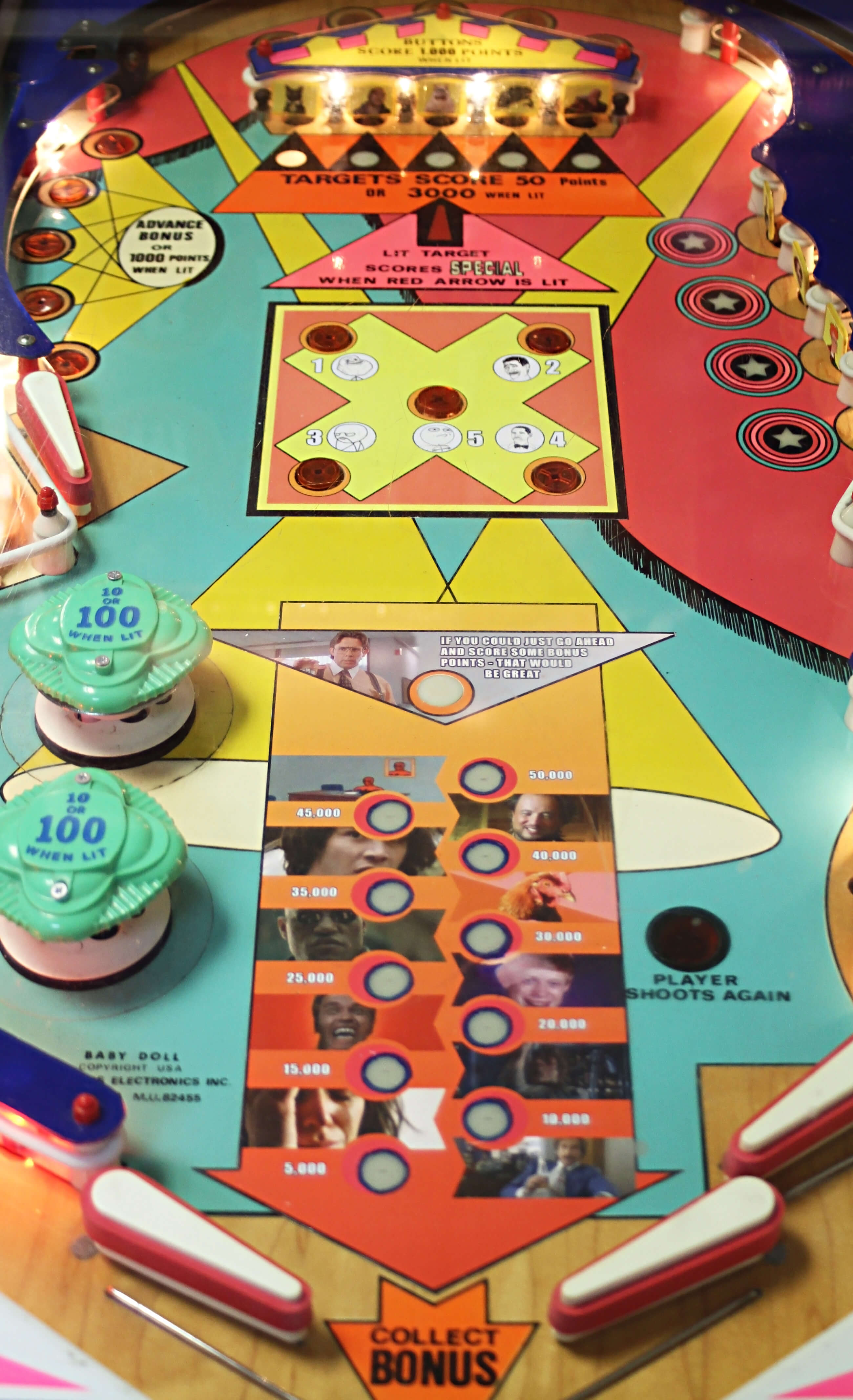 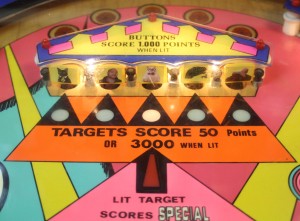 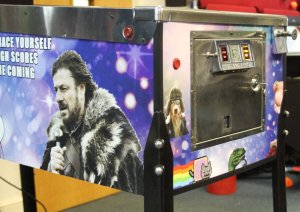 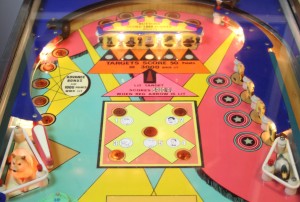 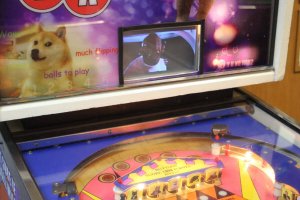 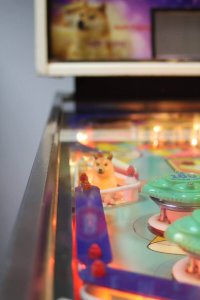 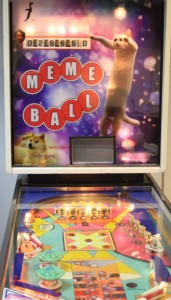 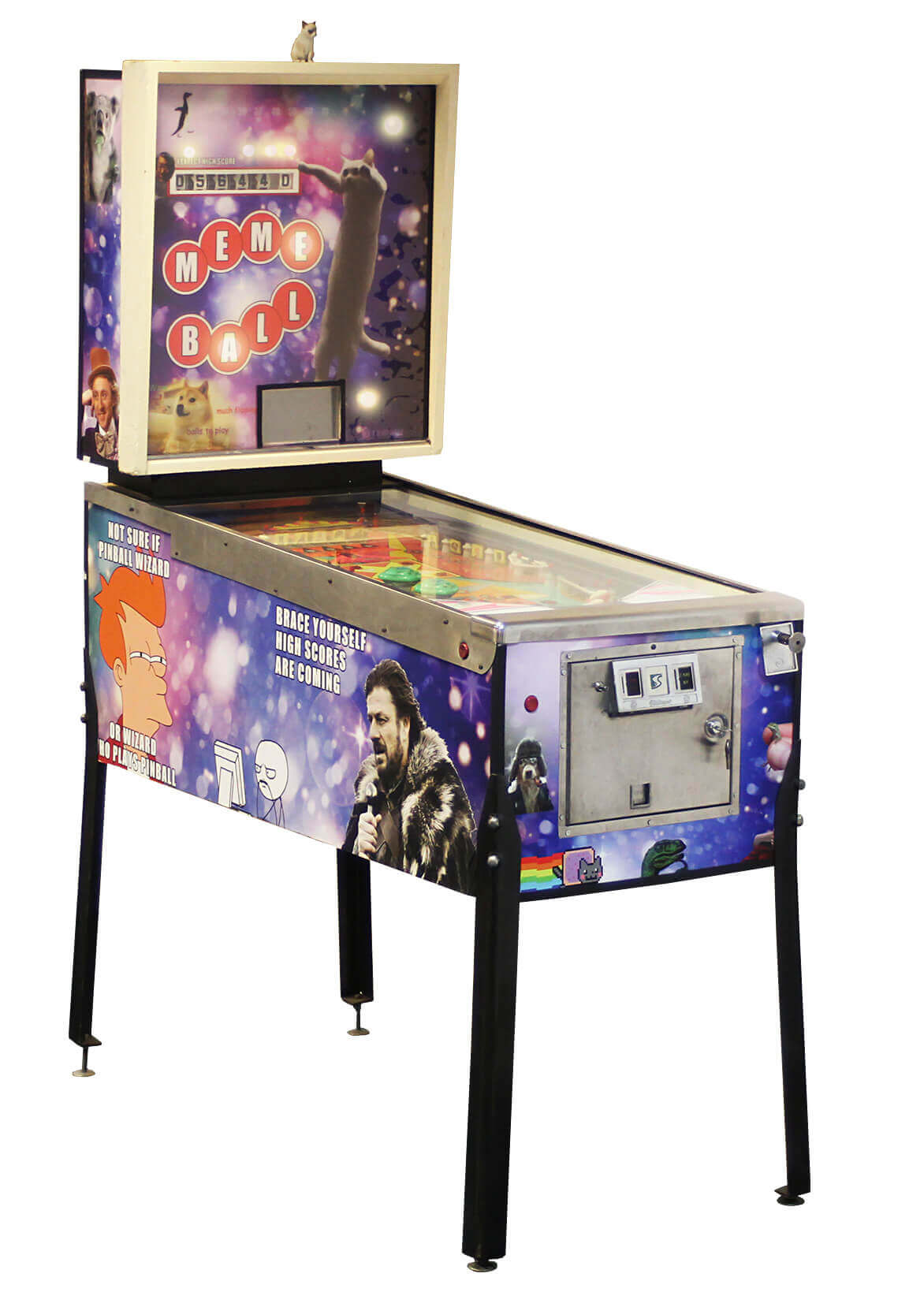 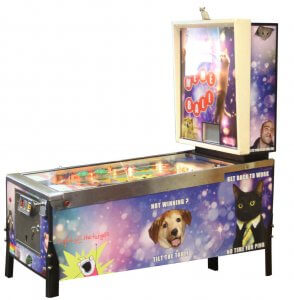 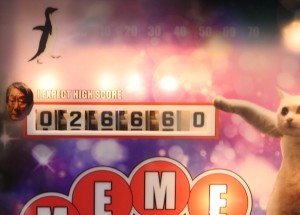 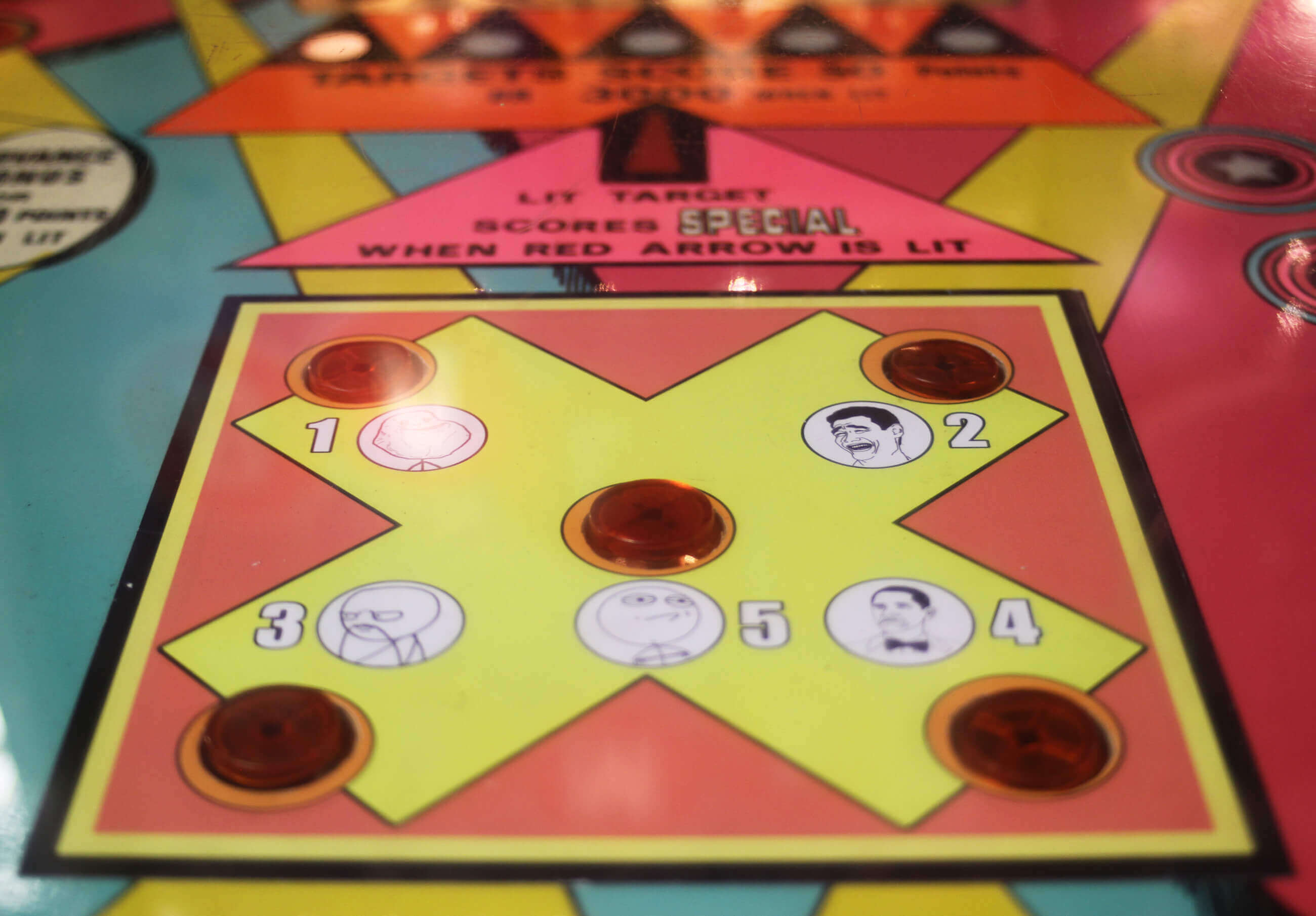 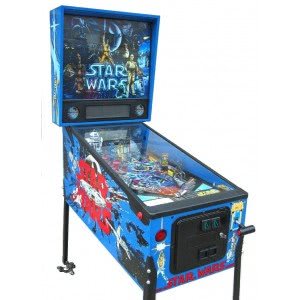