How To Play Shuffleboard

The concept of table shuffleboard is simple, but it’s not easy. Slide your puck down the playfield towards the scoring zone, giving it a gentle push. The idea is that the puck stops in one of the numbered bands. When your puck stops in a scoring zone, you collect the points for that zone. Your puck must completely cross the line to collect the points – if it’s sitting on the line between zones 2 and 3, you only get 2 points.

Only pucks that place ahead of the opponent's pucks score. So if your opponent's best puck stops in zone 2, your puck in zone 1 doesn't score.

If you push too hard and slide off the end, or bounce off another puck and end up in the gutter, you get zero points. Simple, huh? 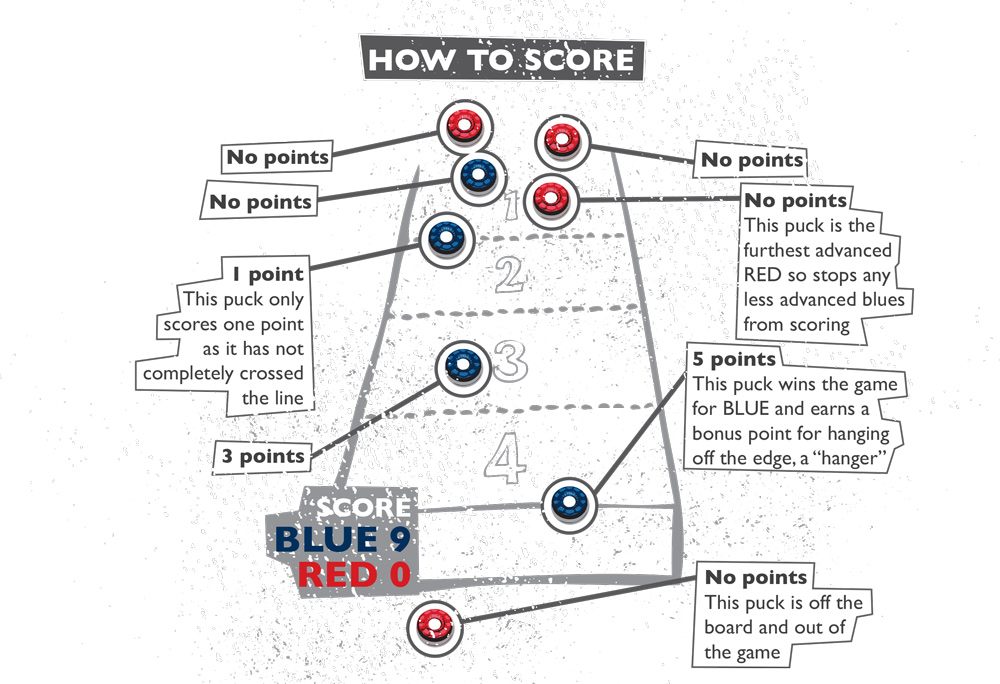 One of the most fun aspects of play is the use of other pucks. You can aim for an opponent’s puck, knocking it out of place or off the table altogether. If you judge it right, you can use the other puck as a brake, stopping your puck as it’s bounced off the table. If you’ve already got a good score, you can sacrifice your puck with an opponent’s puck to deny points to anyone.

Depending on the table you’re playing on, you can also use the playfield’s concave profile to your advantage. Learn how to use the angle to curve the puck around your opponent, or to stop your puck falling off the side. A long, well-balanced shot up the edge of the playfield can devastate a packed playfield.

Tactical play is half the fun of shuffleboard. 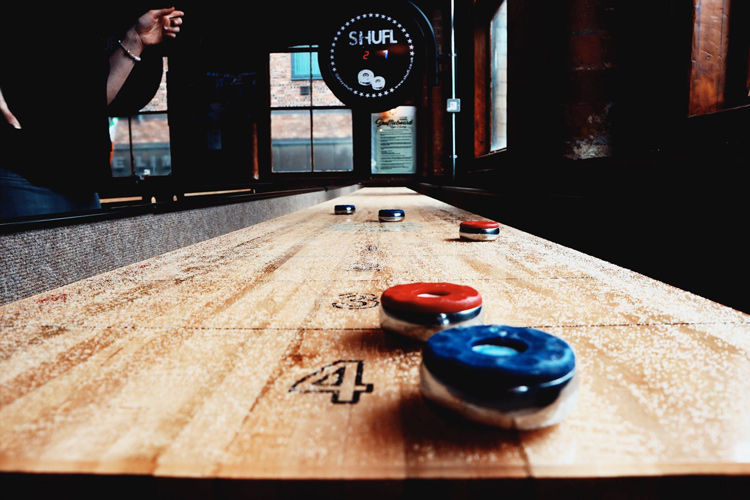 Hold the puck on the table with your palm over the top and your arm bent. Your thumb should circle the rear of the puck. Your fingers should lightly surround the puck to stabilise it, but no part of your hand or fingers should touch the playfield.

When you’re ready to shoot, smoothly straighten your elbow to extend your arm and release the puck. It’s a good idea to run the puck backwards and forwards a few times before releasing it, to get a feel for the playfield, the puck weight and any concave profile.

As your technique improves, consider adding backspin to the puck. This can allow more control and slow down the puck as it reaches the scoring zone. You may also find that playing with your dominant hand isn’t always ideal – try playing with both your right and left hands to see if you gain any advantage. 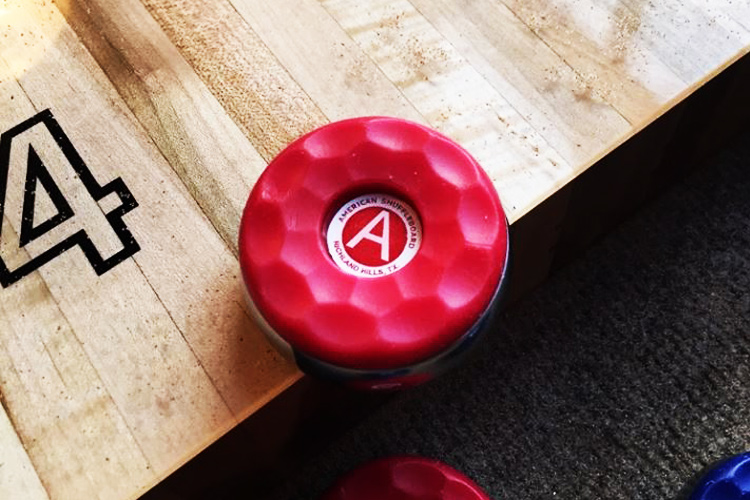